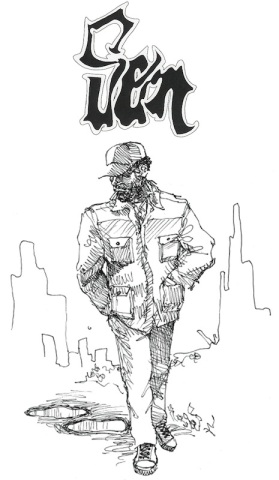 First, Jukepop Serials went live this weekend and it looks good. They’ve published the first four installments of my pulp novel, Son, and I hope to have the next episode ready by the 1st of October.

Even though by the time you read it I’ve written and re-written it four or five times, I still look at this story as a first draft. Most of that is because I’m putting a lot of this together on the fly. There’s a 10 chapter outline, and so far the fifth installment brings us to the open of chapter two, but there’s a good chunk of information that I’m figuring out as I write it.

For example, the story was originally conceived to take place in the late 90’s. Because of the time and effort required to research and maintain fidelity to the time period I threw that element out. As we’ll see in the fith installment, one of the main characters is already experiencing a disorienting shift because of the passage of time. I don’t want to confuse things by creating that same kind of dissonance for the reader.

What this ultimately means is that sometime in the future I plan on re-writing the whole thing over again. At least twice. Who am I kidding, another four or five times, minimum. Good luck future me, You’ve got your work cut out for you.

Second…well I was going to launch into some meandering essay about where ideas come from, but that will have to wait for another time, I’ve got a 5 o’clock wake up tomorrow.

I may, or may not, be reading these currently...

The War of Art
by Steven Pressfield

Under the Volcano
by Malcolm Lowry

Share book reviews and ratings with JP, and even join a book club on Goodreads.